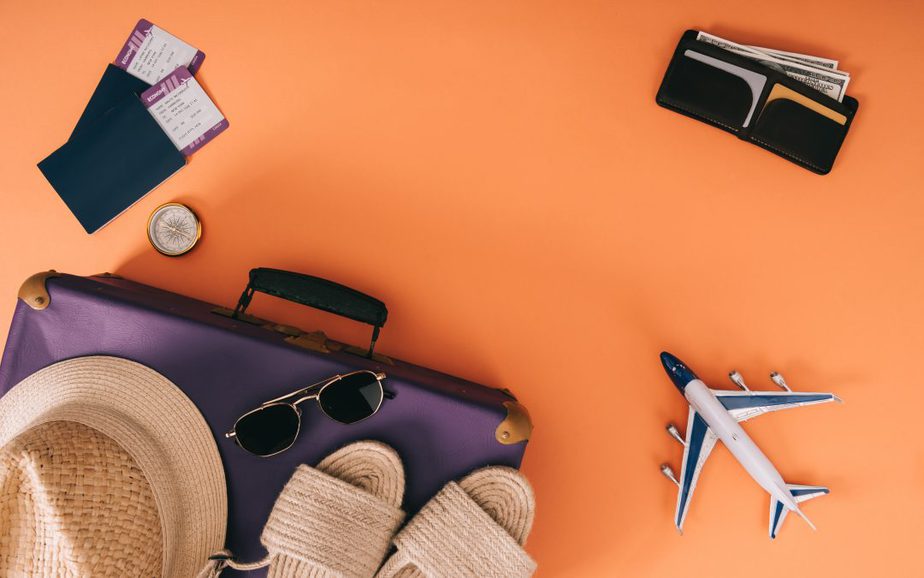 This post may contain affiliate links, meaning that if you choose to click through and make a purchase, I will receive a small commission at no cost to you.

If there’s one thing traveling has taught me, it’s that my list will never get shorter – it will only grow! No matter how many new places I visit, there’s always more to see and explore.

That said, this list can only be so long, so I’ve selected my top 6 bucket-list destinations. Though my real list is much longer than six, these destinations will be up first when the pandemic ends.

Up first: a joint Seattle,USA & Vancouver, Canada trip. I don’t remember who planted this idea in my head, but it would be starting in Seattle, spending a few days exploring the city, then taking the train north across the border and up to Vancouver. I’ve heard from many travelers how gorgeous the train ride is. The Pacific Northwest is mountainous, full of beautiful coastal forests, and follows a stunning coastline.

Fun fact about me: I love to travel by train AND I’ve never been to Canada! Many people find this hard to believe, given how much I love to travel, but being from Texas, places like Europe and Asia used to be higher on my list than my own continent—and Canada is a lot farther away than you’d think. Vancouver is consistently ranked as one of the top ten most beautiful and best places to live in the world, so I think it would be well worth a trip.

The top things I want to see in Seattle are Pike Place Market, the Pop Culture Museum, and Chihuly Gardens. Plus, I’m a sucker for a good photo op, so I want to get a few selfies at the Gum Wall (just for fun!)

Vancouver is one of those cities where there’s not enough paper to list all the places to visit. But the ones that keep coming up are Granville Island Market, shopping on Main Street, a brewery crawl through East Van, and a day trip to Whistler.

Sticking within North America, my second destination is New Orleans, Louisiana. I’ve always been drawn to it as it’s just so different from other American cities. The massive French and Cajun influence (a word which in itself comes from a French distortion of the word ‘Acadien’) means it has an extremely unique history, culture, and cuisine. The food alone is worth the trip from Texas—but I’m excited to see every aspect of the city’s offerings!

New Orleans is a big city with lots to do, but the notable points I want to hit are Jackson Square, Frenchman Street (live jazz music!), Bourbon Street, and a bayou/swamp tour! The food here is supposed to be incredible, and I really want to sample things like gumbo, smoked oysters, jambalaya, beignets, and Bananas Foster.

For the third destination, we’re moving across the pond to Europe. While Europe is definitely the continent I’ve seen the most of (the list of cities I have visited is pretty long!), there are two specific places I didn’t get around to seeing, one of them being Prague. My desire to see Czechia’s capital city comes from when I was working for a study abroad company. We had a program in Prague, and I was able to learn a bit about the city.

I am particularly drawn to Prague for its union of new and old. Parts of it are integrated into the EU and have adopted a more modern lifestyle, but they’ve also kept aspects of their traditional culture. This makes for a city with all the creature comforts of modern life that still offers quaint glimpses into times long past. My sister has visited the city herself and loved it; she’s told me she knows I’d love it too! Between learning a little about it and my sister giving it her seal of approval, that’s reason enough for me to put it on my bucket list.

For a mid-sized city, Prague has a ton of things to do. Some of the best attractions are the Astronomical Clock Tower (honestly, just stunning to look at), Wenceslas Square, Prague Castle, Old Town Square, Charles Bridge, and a beer tour! Prague’s beer is supposedly incredibly cheap by American standards, but the quality is higher. So, you’re paying less than a dollar USD for some of the best beer you’ve ever had. I also really want to try trdelník, which is like a hollow cake rolled in sugar and crushed walnuts.

I know I’ve mostly listed cities, but Portugal has several I want to see, so I opted to list the country as a whole. It’s also the polar opposite of Prague, with beaches, warm weather, spicier, more flavourful cuisine, and a Mediterranean culture. I’ve been told that the people are very friendly, which makes it feel like a very warmly welcoming country.

Porto and Lisbon are high on the list, as are some of the smaller coastal cities between the two. In Porto, I want to see the Crystal Palace Gardens, the city’s cathedral, the Monument Church of St Francis, and the district of Ribeira. In Lisbon, I’ve marked Belém Tower, Jerónimos Monastery, live Fado music, the cathedral, Queluz National Palace, and the Maritime Museum as top sights. I also want to ride the bica elevator!

There’s definitely an appeal to visiting large European cities like London or Paris—which you’ve got to do at least once in your life—but there’s a different kind of appeal about smaller, more intimate cities. You’ll have equally valuable but vastly different experiences in smaller versus huge cities. I know many people who have been to both Czechia and Portugal and enjoyed them equally, so of my European destinations, I would prioritize these two.

The most Digital Nomad Friendly Cities in Europe

First destination up in Africa is Morocco. This one, again, came from my study abroad days. Ever since seeing students’ photos of Morocco in the annual photography contest, the city has held an irresistible appeal to me. The sun-baked buildings, hot sun, and desert-like surroundings make the city seem like something straight out of One Thousand and One Nights. The idea of riding a camel in the desert under the setting sun has always been an image that has stuck with me!

Again, the people have a reputation as being very inviting and warm, and the food is also so different from anything else I’ve tried, so I’m keen to experience it all for myself. There are obviously many cities within Morocco, but Fes, Marrakech, and Meknes are all high on the list! Marrakech has a vast bazaar that is apparently a fantastic place to walk through. Alongside that, I also would want to see Menara Gardens, Saadien’s Tombs, and the Bab Agnaou gate from the 10th century. Fes has several madrasas that I really want to see (like a mosque), along with a leather tannery I’d be interested in visiting.

And finally, Cape Town, South Africa—on the complete other end of the continent! From what I’ve heard, Cape Town has a very cosmopolitan vibe to it while still offering a lot of natural wow factors, like world-famous beaches and amazing mountain ranges. Hacker Paradise, an organization that helps coordinate travel that allows you to work while you travel, typically makes an annual trip to Cape Town. I had planned to join this year’s trip, but the coronavirus had other plans! I know I’ll get there eventually, and I can’t wait because I’ve heard nothing but good things about this remarkable city.

From what people have told me, some of the top places to visit in Cape Town are the Cape of Good Hope (a scenic spot with hiking), the Lion’s Head mountain, Boulders Beach, Chapman’s Peak Drive (would require a car, but the views look fantastic), and the wildlife & monkey sanctuary.

I’ll be honest: it was really, really hard to whittle my bucket list down to six! There are so many more places I want to visit in my lifetime. The real list is probably dozens and dozens of cities. Once I started traveling for real, I caught the bug, and I haven’t been able to quench my thirst for seeing new places. And to all travelers who have been dealt a crappy hand by COVID-19: it honestly sucks right now, but these fantastic cities are all waiting for us—and we’ll get there eventually!

Ready to work from anywhere, anytime?

I’ve done all the research, all you have to do is pick out your dream job & apply!